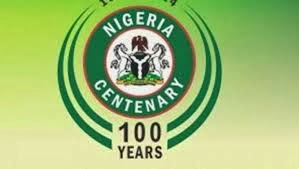 Akindele Abiola, and Faleke Oluwatoyin, all age 14, and Bello Eniola, 15 invented a urine powered generator...aint that worthy of some recognition?

Durojaiye Kehinde Obasanjo is an inventor. He has invented and constructed a vehicle that could be used in the air on land and water: an amphibian jet.


26 year-old Ibrahim Adekunle never went to Secondary School. Attending a University is not one of his plans. After dropping out of Primary school due to financial constraints, he trained as a Blacksmith and Welder. But his knack for reconstructing and re-modelling transport vehicles has ensured that despite his little formal education, his name is known across the world for good.
Some weeks ago, his “Limousine Tricycle” was one of the five selected inventions on the BBC’s coverage of the Maker Faire Africa, an exhibition for inventors which took place in Lagos.

This is just a minute few just to mention. And these people are better recipients than murderers, rogue politicians and public servants that made the list.

And lest I forget, where is 2face Idibia that gave Nigerian music a great lift.

And need I mention, that Boko Haram struck again while those rogues were receiving their unmerited awards.