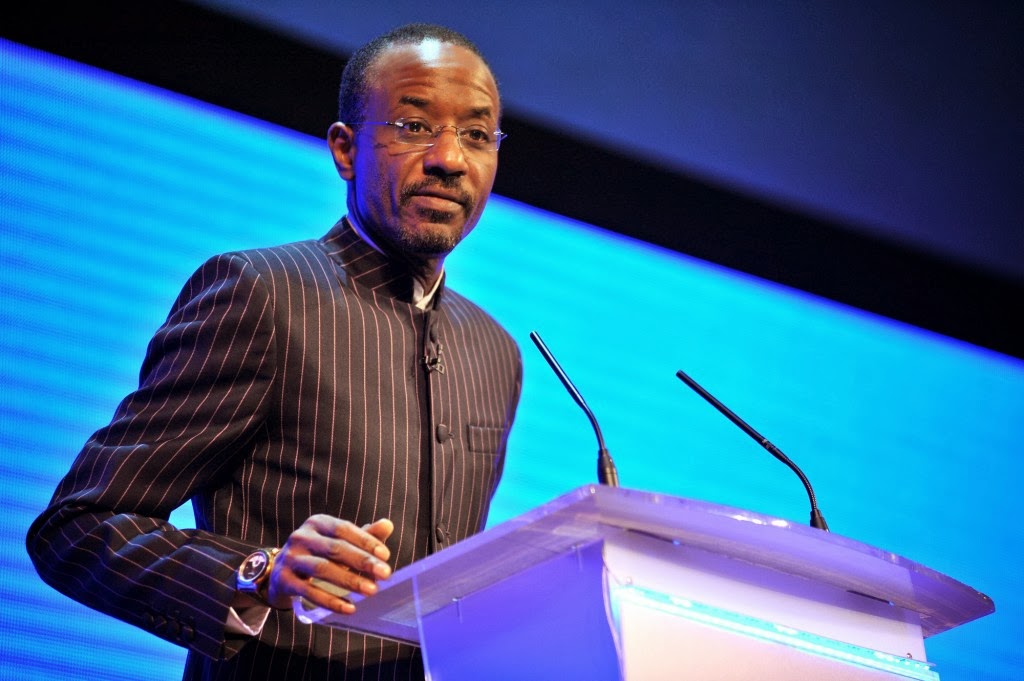 Mallam Sanusi Lamido Sanusi (born 31 July 1961) was appointed Governor of the Central Bank of Nigeria on 3 June 2009 and suspended from office by President Goodluck Ebele Jonathan on Thursday, 20th February 2014 over allegations of financial recklessness. Technically his term will end in June 2014. He is a career banker and ranking Fulani nobleman, and also serves as a respected Islamic scholar. The renowned global financial intelliegence magazine, The Banker, published by the Financial Times, has conferred on Mallam Sanusi Lamido Sanusi two awards. He has been recognised with the global award for Central Bank Governor of the Year, as well as for Central Bank Governor of the Year for Africa. The TIME magazine also listed Sanusi in its TIMES 100 list of most influential people of 2011.

Sanusi is recognized in the banking industry for his contribution towards developing a Risk Management culture in the Nigerian banking sector. First Bank is Nigeria's oldest bank and one of the biggest financial institutions in Africa. Sanusi was the first Northerner to be appointed CEO in First Bank's history of more than a century.

In a wide-ranging interview with the Financial Times in December 2009, Sanusi defended the extensive reforms that he had initiated since taking office, dubbed by some as the "Sanusi tsunami". Some believe that he had a personal vendetta against some of the bank CEO's while others point to proofs of mismanagement of funds by some of the CEO's most notably Cecelia Ibru as justification for the steps he implemented. He noted that there was no choice but to attack the many powerful and interrelated vested interests who were exploiting the financial system, and expressed his appreciation of support from the Presidency, the Economic and Financial Crimes Commission, the Finance minister and others.

Contrary to widespread believe that Central Bank Governor, Sanusi Lamido Sanusi, first ran into trouble with President Goodluck Jonathan late last year when he wrote a letter accusing the Nigerian National Petroleum Corporation of diverting N8 trillion of Nigeria’s oil revenue, PREMIUM TIMES reports that Mr. Sanusi first incurred the wrath of the presidency in 2012 when he granted a newspaper interview criticizing the administration’s handling of the Boko Haram insurgency.

Mr. Sanusi had granted an interview to the Financial Times of London in 2012 blaming widespread poverty in the North for Boko Haram’s success in recruiting members. That interview, this newspaper can report, terribly irked Mr. Jonathan and earned Mr. Sanusi a query from the presidency.

Investigations made showed that not long after it published Mr. Sansui’s interview, the Financial Times did an analysis on Nigeria’s economy and passed a damning verdict on the Federal Government.

However, in its analysis of Mr. Sanusi’s interview, the Financial Times on January 27, 2012 wrote: “Nigeria has made little headway raising taxes for example from agriculture, which accounts for 42 per cent of GDP. Northern Nigeria’s economy has traditionally depended on the government more than the south.

“Many of the industries set up as part of earlier efforts to promote national balance have gone bust or been sold off during a decade of liberal market reforms, power shortages and infrastructure collapse.”

The presidency has reiterated that it suspended the Governor of the Central Bank of Nigeria (CBN), Sanusi Lamido Sanusi, because he was indicted in a probe carried out by the Financial Reporting Council of Nigeria since May last year.
Presidential spokesman, Reuben Abati, told State House correspondents at the Presidential Villa, while dismissing speculations that Sanusi was removed because of the alleged billions of dollars that had not been remitted to the Federation Account by the Nigerian National Petroleum Corporation (NNPC).

CRITICAL LOOK AT THE SUSPENSION

It is worth noting that the 1999 constitution does not give the president power to suspend the cbn governor but only remove after a 2/3 majority of the house of senate upholds it.
Secondly, what a timing. How come this is happening when the embattled governor is screaming about the high rate of decadence, corruption and unaccounted revenue in the famous NNPC which amount to about 20billion dollars.
If the president is really after financial recklessness and also violation of due process and the mandate of the CBN, what has been done about the financial recklessness and theft in far greater magnitude in the NNPC?

Only recently Stella Oduah (former minister of aviation) was involved in a N255 million car scandal that rocked the nation. It is worth noting that a lot of persons called for her head on the stake without any concrete investigation. But we are all aware that the president was so reluctant to investigate and drop her even after the house of rep and senate indicted her. The president set up a fresh committee to investigate her and after which it took a long while before she was dropped. One of the sources   said Jonathan did not take any action on the matter when the issue was raging last year because it was not in his character to be seen as being stampeded into taking any decision.

Now 3 questions I have that are begging for answers:

I think we all know the truth. President Goodluck now brings badluck to good people and good ethics. President Goodluck is now above the law, as he disregarded it to suspend the CBN governor which he has no legal right to do on his own. Patience they say is a virtue, but the one that stands beside Goodluck is a curse. But what can we really do other than sit and watch how the story ends.
Reactions: